“The sense of exile and loss, the loneliness of the individual in contemporary society , accompanied by an attraction towards the general which in an expression characteristic to us has a sense of sanctity, lead to an aspiration to somehting higher than immediate realities. The feeling of isolation may direct to rejecting reality as  good in itself or wanted as such , leading to a preception of the inadequacy between  what is and what should be; this in its turn may lead to religiousness. The alienation from the world makes reference to a better involvement in the world, towards a wiser nature. Salvation from such overwhelming states can be found in that  meaningful in-to something  which for us Romanians would mean the orientation in-to the divine , considering that this is characteristic to us in our past religiuosness, when according to our folklore, the divine was part of all experiences and vicissitudes of man.
The typically Romanian in-to implies the sense of becoming that would bring us into being in a permanent way. The path we must follow becomes visible. To be in-to purpose generates a meaning of life for the individual, a chance to salvation, a way to freedom…”

“According to Andreea Rus humanity is losing the meaning of existence, moving towards an inexorable loneliness which could be countered through faith. The painting itself is, in some way, a vehicle of this saving possibility.(…) The expressive immediacy of Rus painting is characterized by the use of vibrant colors and of broad and quick brush strokes that emphasize the feeling of human tragedy.” 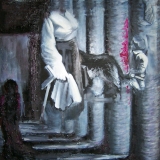 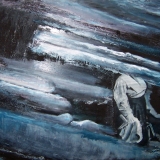 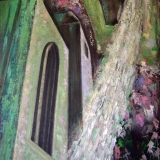 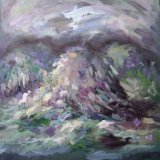 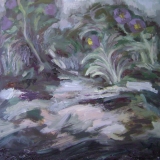 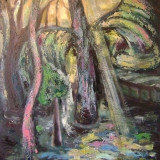 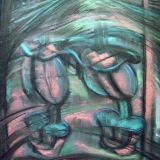 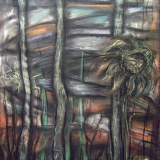 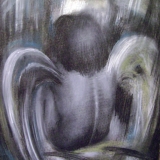 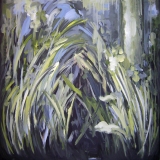 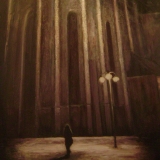 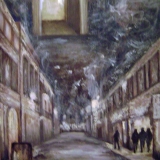